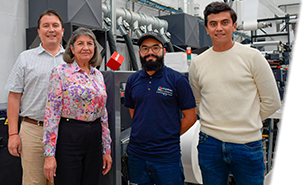 IMPREAC - Impresos y Acabados S.A.S. was founded in 1991 by Mr. Ricardo Herrera, as a sheet-fed company. His son, Luis Fernando Herrera, started the company’s flexo department in 2013 to provide multi-layer coupon labels to their main customers. This development took two years to materialize.

A Year of Change
2021 was a year of change for IMPREAC. They celebrated their 30th anniversary of the company, an event in which they commemorated and celebrated the life of founder Mr. Ricardo Herrera, who unfortunately passed away in July. His family and employees further honoured his memory by continuing expansion projects with a new 1.700 m2 plant, located in the Industrial Park, Celta Park, on the outskirts of Bogota, Colombia, and installing the new flexo production line Nilpeter FB-350. The company has succeeded in serving its customers without stopping production in the toughest moments of the pandemic, and in the midst of an economic reactivation.

React Faster to Last-Minute Jobs
"The new FB-350 will increase our capacity by at least 30%, giving us the chance to react faster to unplanned orders, and the flexibility to handle last-minute changes. Overall, it will improve our abilities in the production of multi-layer coupon labels and cardboard labels," says Luis Fernando Herrera, Production Manager, IMPREAC - Impresos y Acabados S.A.S.

“Nilpeter was the only partner that we considered for this project, as our previous experience with the FB-3300S was really good, and we were looking for a backup press in which we could use the same tooling, take advantage of the standardization (fingerprint), and printing knowledge we have on the existing printing technology. Improving the efficiency and use of resources, with the technological improvements of the New FB-350," Luis Fernando Herrera adds.

IMPREAC's formula for success, offering a reliable product and flexibility in its operation, has allowed them to open export markets for the company in Latin America and Central America.

Wide Production Spectrum
“Being a witness from the beginning and working side-by-side with the customer has shown me the wide production spectrum that our presses are able to achieve. When we started, the project was focused on 5-page coupon labels. And now, mixing the development of IMPREAC with the technology of Nilpeter’s FB-Line, and passing the learning curve, they have been able to produce coupon labels up to 13 pages,” says Juan Pablo Patino Arevalo, Commercial Manager for the Nilpeter Andean Region. 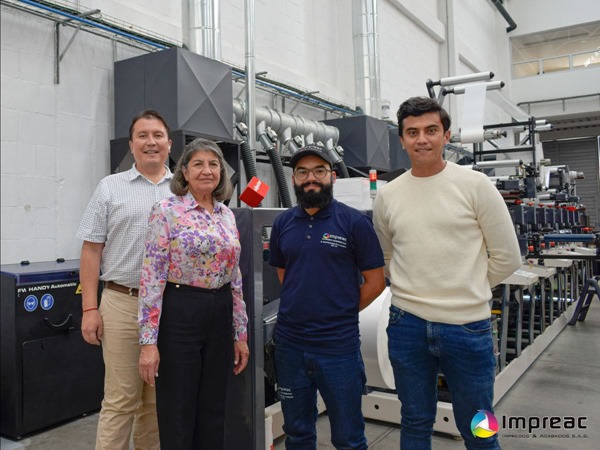 IMPREAC - Impresos y Acabados S.A.S, currently headed by Mariela Salinas de Herrera and her sons Mauricio Herrera Salinas and Luis Fernando Herrera Salinas, is preparing updates of its FB-3300S press based on the new FB-350, working on proposals for new developments with its printing partner, Nilpeter.